“These aren’t normal times,” Obama said in a video released today. “And I can think of no one better to guide us through them than Joe.” He then paused and glanced off-camera. “Wait, hold on. Are we sure he’s the only candidate left? Can we … can we just fact check that real quick? Warren is out? What about Kamala Harris? Or Yang, he seemed like a pretty smart guy. And Sanders, are we sure that he’s … no? He’s out too? Okay. Um, Joe, it is. I am so proud to endorse Joe Biden for President of the United States.”

Up until now, Obama had refrained from pledging his much-valued support to any Democratic candidate in what was quite a Hunger Games-esque primary.

“Joe has done a lot during my term as president,” Obama continued. “He was with me while I signed laws into action. He knows things about … um … international policy, and other stuff. And one time he provided extra quarters for me when I ran out for the meter. So if you need someone to provide you with extra quarters, he’s the right guy.”

He concluded his message with a sigh. “Joe is a [indistinguishable muttering] candidate. He’s the only option left, and that’s just … that’s really great. No, it really is. Yep. Good job, America.”

After the video concluded, an image of the new slogan for the Biden campaign filled the screen: “Biden 2020: Because You Literally Have No Choice.”

Asteroid Due to Strike Earth Before Election Day

In addition to a global pandemic, the torching of Australia, and killer hornets, it seems that this year might have another chart-topping surprise in store: an asteroid is hurtling towards Earth, due to hit a fitting one day before the divisive 2020 election.

“I mean, okay. Let it hit us,” said a NASA spokesperson, who looked surprisingly calm when asked at a press conference about the possibility of impending doom. “Maybe it’ll be doing us a favor at this point.”

The asteroid 2018VPI was discovered back in 2018. Although at that point it was a decent 280,000 miles away, it appears that it is orbiting back around towards us.

But in the middle of taking questions, the spokesperson suddenly paused and listened at his earpiece. “Oh, what? The asteroid isn’t going to hit Earth after all? And it’s only … what? Six and a half feet wide? Are we sure? It definitely looked much bigger through the telescope.” Pause. “Alright. I’ll tell them.” He turned back to the podium. “I’ve just received news that we’re all not going to die. I guess we’ll just have to settle for the already existing threats to our democracy.”

The Black Lives Matter movement is now approaching its fourth consecutive month in action. But while calls for social justice grow stronger, so do the voices of conservatives who declare themselves vehemently opposed.

“This is just really just them whining and complaining,” said Logan Barkeley, a Michigan resident. “It’s as if they think it’s their right to protest, and it’s just annoying. I have no idea where they got the idea they could behave like this, trying to tear down the system.”

Barkeley, 34, who still sleeps on his parents’ couch and uses his ex-girlfriend’s Hulu password, says the protests are “a shame and a disgrace to Americans and to American values.”

And he has a point. America has certainly never seen such fervent demand for justice before. Protesting has never proved to be successful in achieving rights for anyone. 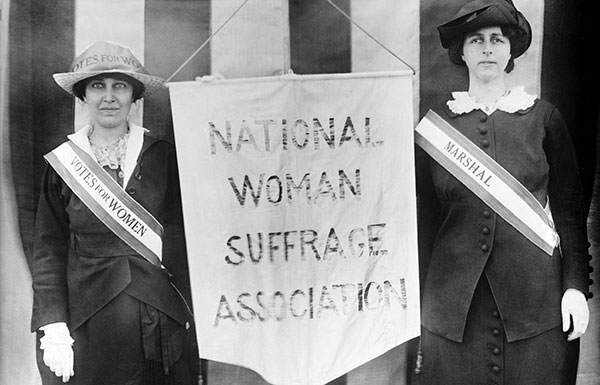 No real American would ever start a series of protests in hopes for change. Nobody has ever protested over something like whiskey, for example.\ The Founding Fathers must be rolling in their grave. They would never tolerate such public unrest in response to an unjust system of government. So calm yourself, liberals. I don’t know what you expect the outcome to be.

The Center for Disease Control has recently laid out a series of required precautions to be taken as schools reopen this fall. It will demand time and effort to enforce, they admitted, so many school districts simply decided instead — what if we just didn’t?

The following are some alternative guidelines formulated by a recently opened high school in central Florida. They recognize that gatherings of 10 or more people can be dangerous, so they’ve decided to allow 36 people to gather for 7 hours a day.

The Future of Blue Bean