Home›Hidden›Being an Outsider: What It’s Like Not to Love Harry Potter
Hidden The most unpopular opinion that exists. I’m just going to get it off my chest. Maybe someone I will meet in the future will read this and it will save me the awkwardness when the topic comes up (which happens more times than you would think possible). Maybe you can relate. Here goes:

I know, I know. I’ve heard it all before. Have you really tried to read it? You’ll be screaming in your head. You’re missing out on SO much! I’ve also gotten. Or maybe even how do you even LIVE?! Which is more uncommon, but not unlikely.

Ask anyone who has met me: I am probably the most avid reader they know (read my most recent book review here!). But something about Harry Potter just never clicked with me in the way I’d hoped when I first picked it up. Maybe I should blame the expectation that was built up and nursed by every fan until I couldn’t wait to take my mom’s hand and walk to my favorite childhood place: Scholastic. When my Sketchered-feet waddled into the entrance, the smell of books (diluted by the odor of sweaty children and animal cracker snacks) would waft out of the store and into my little greedy nose. I would always take in a hearty lungful of air every time I entered before I continued down the steps and into the main room. Colorful book covers were perched on light brown, glossy bookshelves that lined the walls while the iconic bus, from The Magic School Bus, sat in the middle of the space, complete with grimy levers, blinking buttons, and interactive videos. In the far right corner, the statue of Clifford The Big Red Dog grazed its head against the ceiling while gleeful children clambered all over his paws. It was my heaven. I was especially excited to buy the book because Harry Potter was also very much integrated into this building: as you descended the stairs, there he was, his mouth agape and riding a broom. We spent much less time in the store as usual as I didn’t have to peruse the shelves for long: I had come with a mission. Moments later, I was exiting the store, clutching the handles of the red plastic bag possessively. When I returned home, I immediately splayed out on my bed and began. 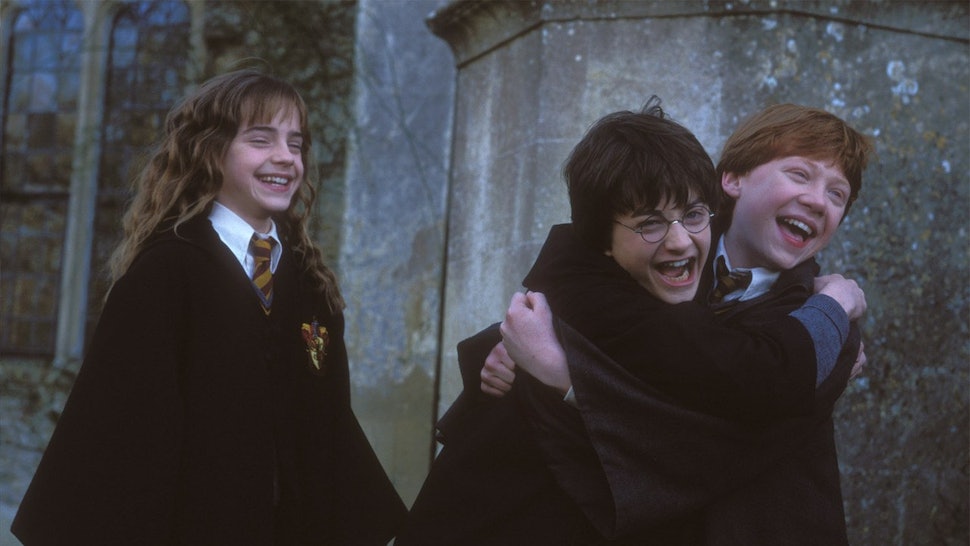 That is all I remember. I don’t know if I was called away from the book for dinner or read half the book and then decided I’d retire for the day (never a good sign), or if I read the whole thing and didn’t feel the urge to buy the second book. Either could have happened. I couldn’t pinpoint what specifically about the book I didn’t like that deterred me from it, even all these years later when I have tried but failed to dive into the series once more.

To all of you Harry Potter fans, I get it. I have tried and can’t seem to join your club. But that’s OK. I don’t feel like I am missing out anymore because I’ve found so many other things I now affiliate with who I am, just like you all can. I love little plants and have about ten just in my room. I love stationary that glides beautifully on paper and looks good too. I love swimming and playing volleyball and just moving my body. I love singing really loudly to pop hits of the 2000s. But in terms of books, I’d say I’m part of any club(s) that love The Handmaid’s Tale, The Alchemist, Into Thin Air, The Namesake, Life of Pi, and so many others.

So, while I might now know what house I reside in, or what happens to Dumbeldore, I’ll find my own tribe. A tribe of people who love cooking and bad-in-a-good-way music, a community that loves making to-do lists and checking a task off (and writing in a task that you’ve done just so you can check it off) because there are many things to be passionate about besides Harry Potter. So, when the next person asks me if I love Harry Potter or if I love Harry Potter, the answer will be a resounding “No…But do you love miniature models of houses?” And maybe, just maybe, they’ll say yes.