“The most neglected person in America is the black woman.” – Malcolm X, civil rights leader and activist

Megan Thee Stallion, a rap artist known for her raunchy chart-toppers and animated spirit, was recently shot in both of her feet during the early hours of July 12th. Initially, neither Megan nor the legal officials involved confirmed/denied the identity of the perpetrator of the attempted violence; however, Tory Lanez—another famed rapper and singer hailing from Toronto—was recently arrested and charged for possession and concealment of a firearm at the scene of the incident. The occurrence has been subject to internet speculation, much of which suggests that Lanez, Megan’s presumed boyfriend at the time, intended to physically harm her.

Megan Thee Stallion is best known for coining the term “Hot Girl,” a state of mind that is, per a Tweet of hers, “about being unapologetically YOU, having fun, being confident, living YOUR truth, [and] being the life of the party.” Her lyrics typically center around female sensuality with an emphasis on female pleasure, a narrative often omitted from male rappers’ flows.

Although Megan was previously criticized for her suggestive tracks, critics capitalized on the shooting to ridicule her even further. The incident was met with a slew of Tweets and memes that mocked her bodacious attitude and rationalized Lanez’s violence.

“Think you gonna act like a Hot Girl all summer you getting shot!”

“My boy @torylanez set the tone…y’all b*tches getting shot this summer.”

Megan replied to the slanderous words with the following Tweet: 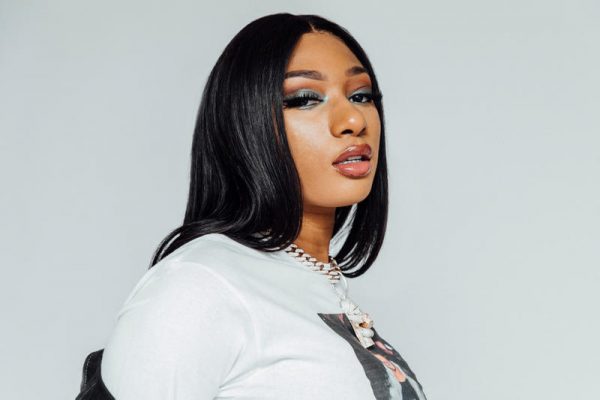 “Black women are so unprotected & we hold so many things in to protect the feelings of others w/o considering our own. It might be funny to y’all on the internet and just another messy topic for you to talk about but this is my real life and I’m real life hurt and traumatized.”

Statistically, Black women often face disproportionate rates of violence when compared to other demographics, including other women of color. Black women experience domestic violence at a rate 35% higher than white women, and 2.5 times the rate of women of other races. Furthermore, the malicious intersection of racism and transphobia disproportionately affects Black transgender women; since 2013, 71% of victims of transphobic violence were Black women. The life expectancy of  a Black trans woman is only 35 years old.

Why is it that when a female Black celebrity endures trauma, the public’s first response is to diminish her pain as inconsequential?

To understand implicit prejudice and bias, we must examine history itself.

The Angry Black Woman (ABW) trope has presented itself in many forms, most notably through the film and music industry. First popularized in cinema, The Sapphire Caricature portrayed Black women as abrasive, mean-spirited naggers that berate their husbands out of pure malice. Furthermore, the “Sassy Mammie” trope’s existence from the 1800s to the mid-1900s depicted Black women as stubborn, boisterous housewives. The fictional caricature was allowed to symbolically defy racial discrimination by constantly chastising white men. However, it insinuated that slavery and other oppressive regimes against the Black community—and more specifically, Black women—were not overly controlling; rather, they were necessary.

Furthermore, supporters of the Black Lives Matter movement have recently taken to referring to the Black women in their lives as “Superwomen” for enduring these gruesome experiences. Although with good intent, the trope pushes forth the idea that Black women are emotionally unaffected by racial trauma and gender discrimination, and thus not in need of mental health resources or other means of support.

Pressuring Black women to conform to this Superwoman persona suggests that racial microaggressions, gender-inequities and discrimination cannot damage their mental health. This assumption is detrimental and may induce severe emotional trauma that requires years of healing to combat.

The aftermath of Megan Thee Stallion’s shooting highlights the disparities Black women face when vocalizing their stories. You may believe that you cherish Black women, but ask yourself this: how do I protect Black women every day? Do I uplift their voices? Do I follow platforms that amplify their struggles? Do I acknowledge their cultural influence? Do I validate their experiences? Do I condemn racial microaggressions when I witness them?

On August 20th, Megan confirmed via Instagram live that Lanez shot her with the following testimony:

“Tory shot me. I didn’t tell the police nothing, because I didn’t want us to get in no more trouble than we was about to get in. Stop acting like black women is aggressive when all they be doing is speaking the… facts, and you… can’t handle it.”

How to Help Lebanon – A Guide On Supporting Those In Need