Commemorate or Incriminate: To Pull Down or Prize Historic Statues

The recent murder of George Floyd has not only spurred a global Black Lives Matter movement but has catalyzed the need to remove the hundreds of contentious, racially-controversial statues and monuments that mark the United States. However, the current moxie to take down confederate statues is not just a recent surge of determination from the 2020 protests. Rather, initiatives to remove confederate monuments and statues have been occurring for years. Most prominently, the Charleston Church shooting of 2015 and the Charlottesville rally of 2017 forced the removal of confederate statues that had disturbed and provoked residents for years. Now, in 2020, despite laws hindering such removals, statues supporting the confederacy are being torn down all across the globe. 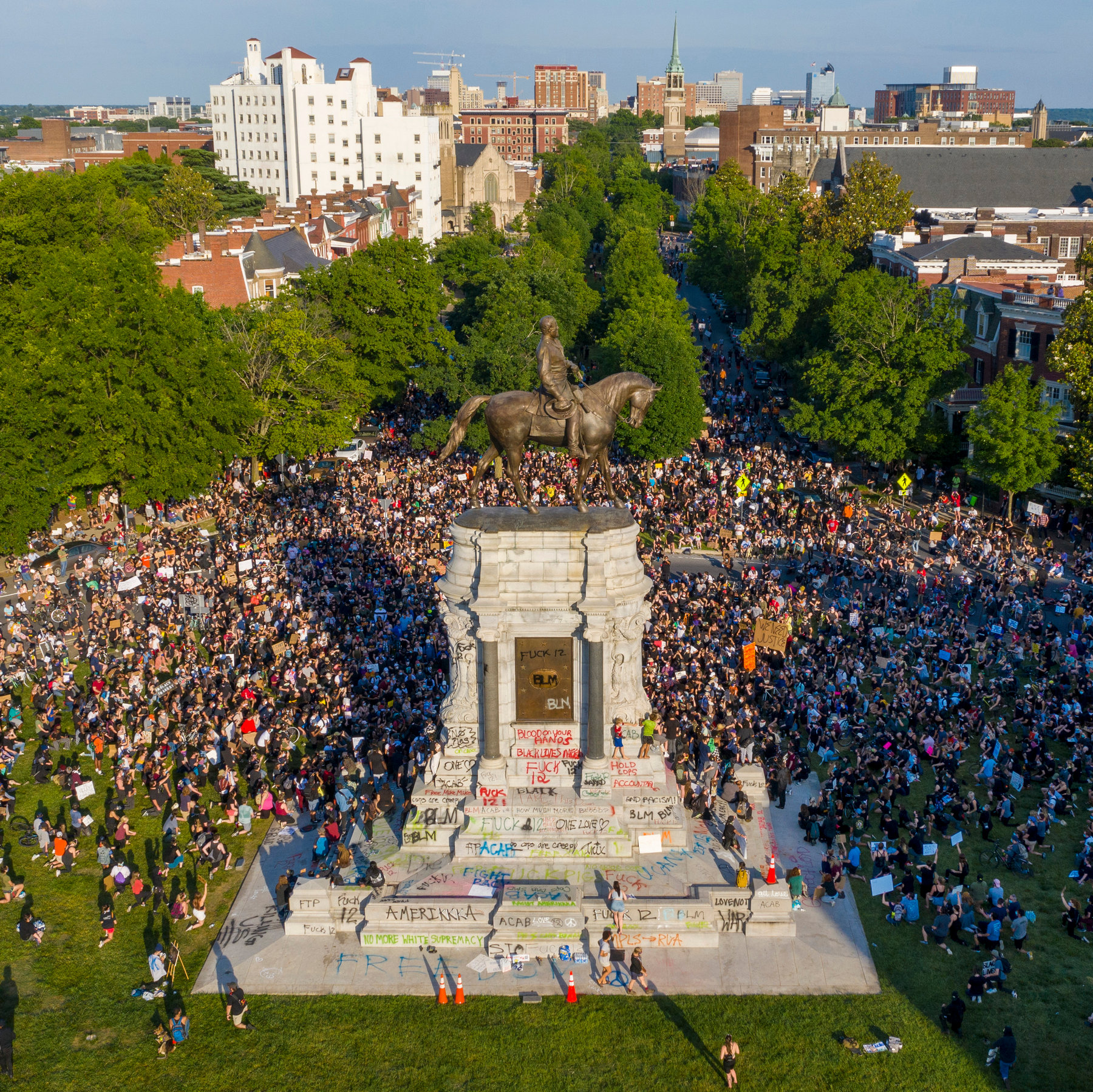 The deliberation over these statues comes down to how we perceive history. For some, these statues are a reminder of victories throughout history and commemorate ancestry and important leaders throughout American history. However, for most, such monuments are poignant, harrowing symbols of American slavery and its legacy on the country. As a result of the latter reasoning, statues and monuments of Confederate leaders have been removed in one of two ways. Either they are physically brought down and dismantled by protestors, or they are less-forcibly removed by the city at the will of the city’s mayor.

Since the protests have begun, Virginia, Kentucky, Alabama, Tennessee, North Carolina, and Georgia have had the most controversial debates over confederate monuments, and most have ended in a non-compulsory removal of the statues by the protestors. Furthermore, while statues memorializing slaveholders are of ubiquity in the US, they also exist in other countries, specifically within Europe. This past week in Bristol, UK, a statue of Edward Colston, a slave trader in the 1600s, was torn down by Black Lives Matter protestors and thrown into the River Avon.

Despite the globality of this mobilization to support Black Lives Matter by tearing down racist statues, these initiatives are largely symbolic of the revived battle in America’s abiding civil war that continues to persist through the pervasiveness of such monuments, statues, and other symbols of the confederacy such as the confederate flag. So, this battle for a more inclusive, less racist country begins in the streets with the removal of these statues that have populated the United States for years.

Ways To Educate – A Guide On Enlightening Others